Congratulations to Trinity Millar (Grade 5) and Charlie Tweedale (Grade 6) for both receiving awards for their outstanding efforts. 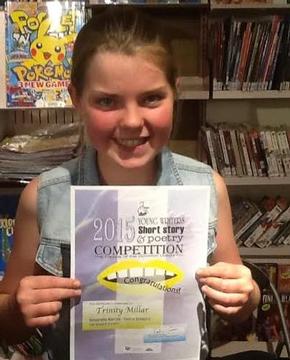