On Tuesday evening, at Pakenham Golf Course, Shae and Sean competed in the Rotary Club Public Speaking. Shae spoke sixth and Sean spoke seventeenth. Shae’s speech was about the bushfires, it was quite an emotional speech. Sean’s speech, however; was far more comical, his was about animals at schools, with the twist that they should be banned. Shae got an encouragement award and Sean was a finalist. The night went well.

Written by Sean and Shae 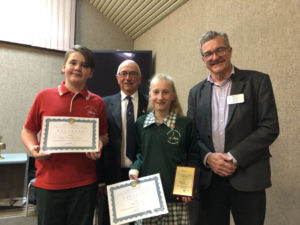